Electromagnetic interference can have potentially destructive consequences for a device. It might affect a particular frequency range or may affect a wide range of frequencies. This is why there are well-defined standards that have been created by regulators across the globe to ensure that the interference generated by a particular device is well within limits. They have also defined standard EMC testing processes to ensure compliance with their standards.

In the automotive industry, a wide range of electronic modules and computers are used in vehicles for safety and efficiency requirements. These components are required to meet appropriate automotive EMC compliance standards in respective regions. Launching new products is expensive and it can get much more expensive if the product fails to meet compliance standards during EMC validation testing. This is why it’s important to create a test plan including development testing to keep the development costs within budget and to complete the project on schedule.

EMC Testing – Things You Should Know

An anechoic antenna chamber is used for EMC testing. This chamber helps in measuring the radiation that is being directly generated by the device by blocking the signal reflections occurring off the chamber surface.

In some cases, a stationary antenna is used and the device being tested is rotated on a platform in the centre. In other cases, the device being tested is kept stationary and a revolving arm is used for measuring the radiation being generated in multiple positions. Similar tests are also performed for wireless devices, though the techniques and instruments used are different. 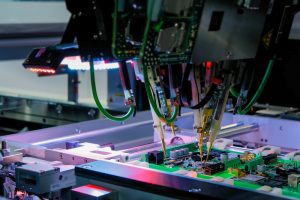 EMC testing during the design process helps in figuring out the required changes at an early stage which, in turn, keeps the design costs within budget. Making design changes at a later stage is expensive and extremely difficult. This is why product designers prefer development testing to ensure there are no issues during validation testing.

There isn’t a standard answer to finding the right time for EMC testing. You should schedule scans of the product as soon as early hardware becomes available for testing. This will help in finding any unintended electromagnetic interference being generated by the components inside the device and help you iterate much faster.

Early automotive EMC testing is much more crucial for wireless devices. Electromagnetic interference is especially harmful to wireless links. Electromagnetic interference can potentially degrade the performance of board-level components but when it comes to wireless links, it has the potential to completely destroy the data path. Early testing helps in catching the elements that are causing problems and making required design changes at the earliest point possible to keep the project on schedule and within budget.

Automotive EMC testing at the development stage helps in catching flaws in product design or problems with the manufacturing, at an early stage. Making hardware changes late in the design process is not only expensive but also time-consuming. This is why smart product designers swear by the importance of developing EMC testing for automotive components.

Compliance Engineering EMC testing experts can help you with development testing as well as validation testing for all kinds of automotive components. Get in touch with the experts to know more about EMC compliance and to ask any questions you might have regarding appropriate regulations that apply to your product.