Interference onboard the Crystal Ocean 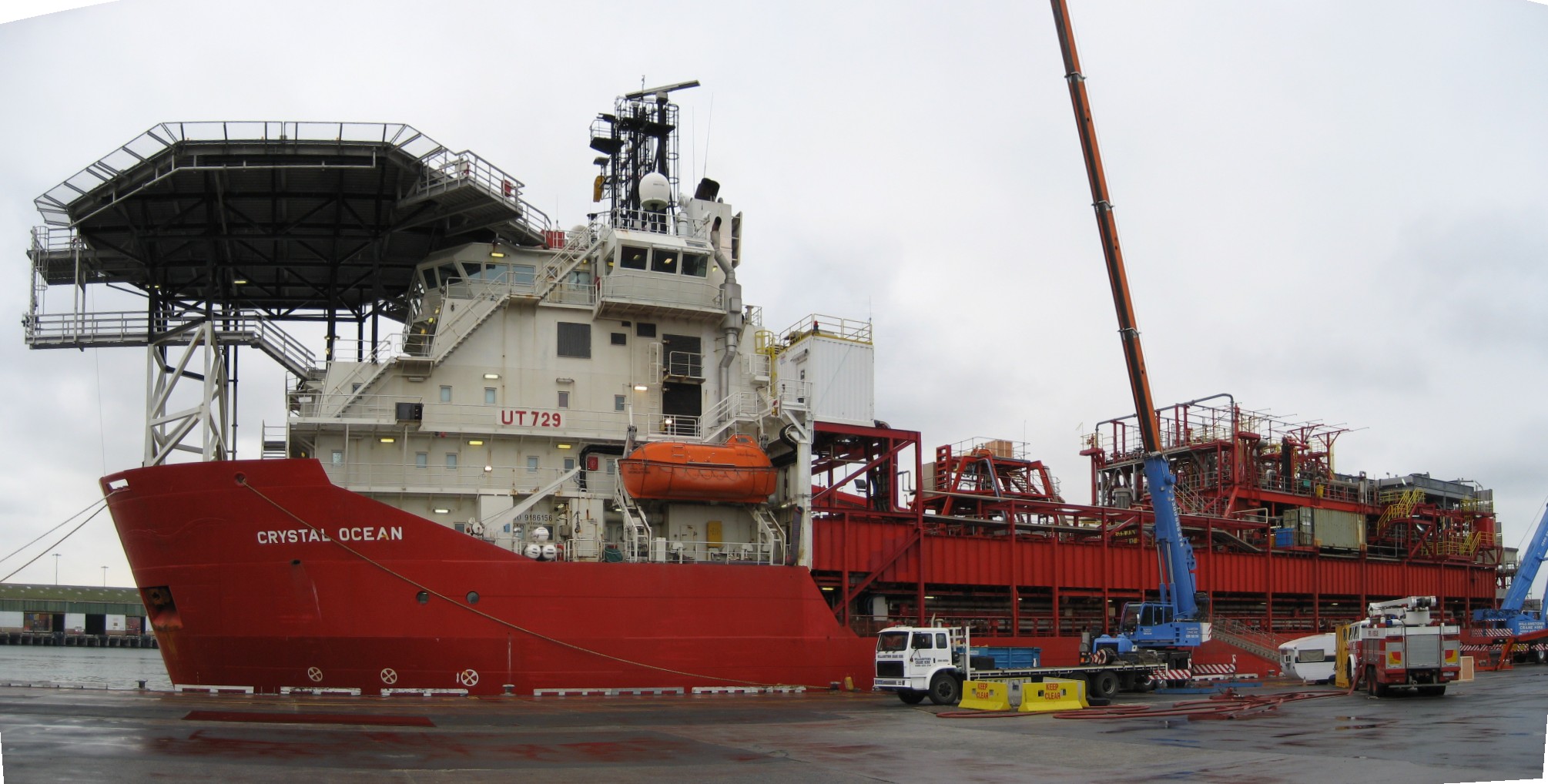 The Crystal Ocean is an oil production storage and off take vessel that is moored (without anchors) over an oil well on the sea floor, using satellite positioning along with bow, stern and centre thrusters. Crude oil is pumped from the oil well and natural gas is separated and forced back into the well. The crude oil is then pumped to the shuttle tanker Basker Spirit, moored 1.5 km away.

Located on board the Crystal Ocean are 4 large diesel driven generators which power all of the vessels electrical systems including thrusters, pumps and hydraulics. The reliable operation of these generators is critical for positioning and operation of this vessel. UHF radios are used on board to enable the crew to communicate with each other. It had been observed by crew members that when these radios were used near the AC power generators, the generators would intermittently shut down without warning. Compliance Engineering Pty Ltd was called in to investigate and resolve this interference issue. 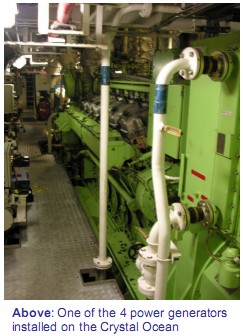 To enable investigations to be performed without impeding the vessels operation, one of the AC power generators was removed from service. A UHF radio was operated around this generator instigating a shut down. The UHF radio appeared to have the greatest effect when operated in the vicinity of electrical cabling attached to the generator. The amplitude and direction of the UHF radios signal was not configurable, and further investigations required a repeatable method of simulating and applying the interference to individual cables. An RF Signal Generator (with variable output level and modulation capabilities), RF Power Amplifier and RF Injection Clamp were configured to form a controlled interference generating system (500 MHz with 1 kHz modulation). The interfering signal was applied to various cables, each of which caused the generator to cease operation. However, it made little difference as to which cable the interfering signal was applied to, as all cables appeared to efficiently cross couple the RF signal. During application of the simulated interference it was observed that the generators speed gauge behaved erratically, displaying a speed inconsistent with the actual rotational speed of the generator. 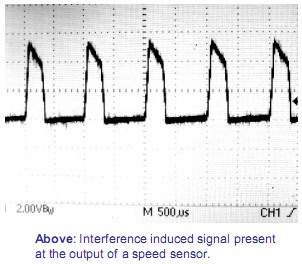 The generator was immobilised and the injection clamp positioned around the speed pickup sensor cable, above the metal housing of the flywheel. An oscilloscope was used to examine the control signals within the generator’s junction box (with and without the interfering signal applied) to identify signals supplied to the PLC and Load Sharing/Speed Controller, located in the control room above. With the generator immobilised and with the interfering signal applied, a 5V signal was present on the output lines from the speed pickup sensors. It was evident that the interference was inducing a false speed signal, which was processed by the PLC and Load Sharing/Speed Controller. 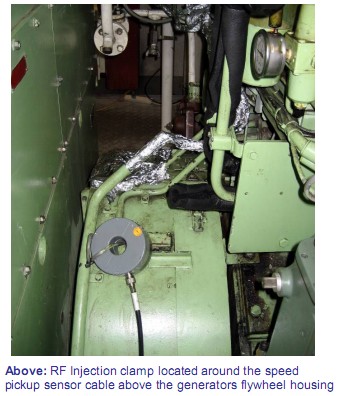 The interference mechanism was identified

The UHF radios carrier frequency (500 MHz) is coupled onto unshielded cabling (directly or indirectly via cross coupling) attached to the speed pickup sensors. The speed sensors internal amplifier circuit demodulates the carrier frequency rendering the modulation signal (1 kHz in this case). The modulation signal is then amplified and fed back to the PLC and Load Sharing/Speed Controllers, which interpret the signal to be outside normal operating conditions, forcing the generator to shut down.

Cables interconnecting the vessels generators and PLC and Load Sharing/Speed Controllers are all unshielded. Transients produced by high current switching on power cables may be induced onto signal lines, causing interference issues that have not been investigated. 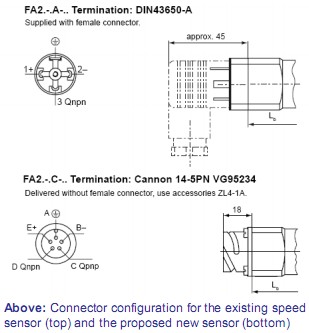 Recommendations to remedy the interference were presented

Initially the unshielded cables interconnecting between the speed pickup sensors and the PLC and Load Sharing/Speed Controllers should be replaced with twisted pair shielded cables. This is expected to provide a substantial improvement to the generators immunity to RF interference. At a later stage all unshielded cabling interconnecting the generators and their controllers should be replaced with twisted pair shielded cable, with the shield terminated at both ends. The speed sensors used have plastic female push connectors, which do not allow for the cables shield to be terminated. The speed sensors should be upgraded to the FA2J version, which are fitted with a metal canon connector (14-5PN VG95234), providing a 360 degree termination for the cable shield.

It is commonly recognised that circuits which are the most prone to RF interference are typically those with sensitive analog inputs (as opposed to digital circuits), as has been observed in this example. 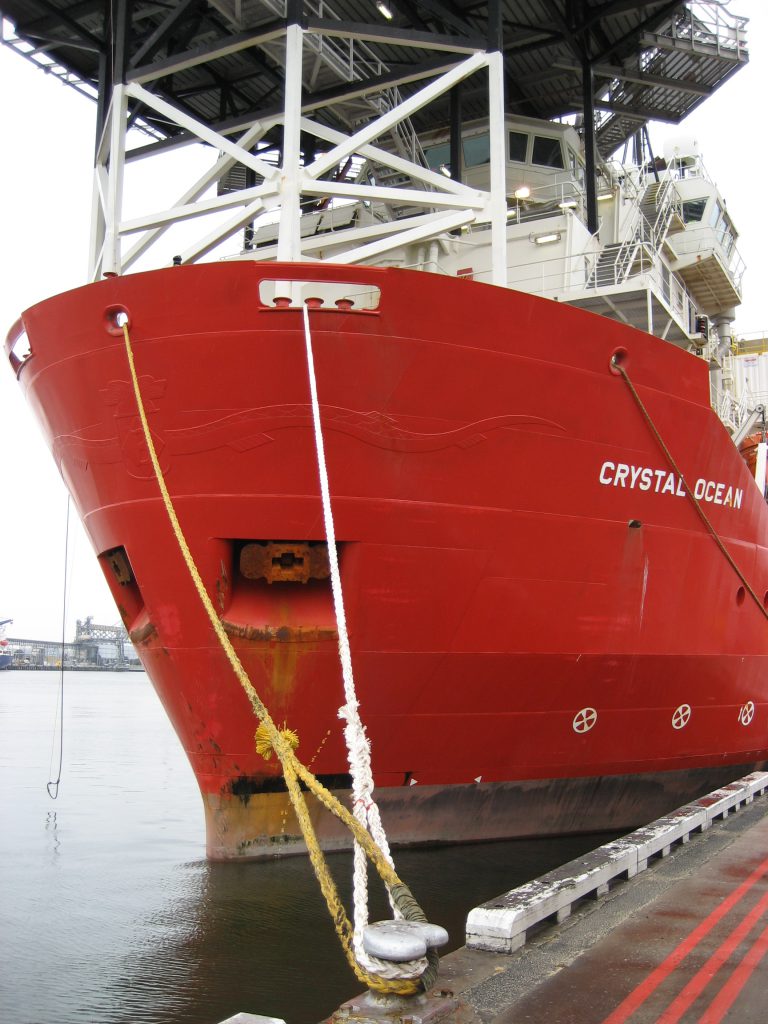 Back to Document Library